No reviews yet Write a Review

The Per Welinder Viking Skull was illustrated by V.C. Johnson in 1984. The fanged fantasy graphic was meant to reflect Per's Swedish origins. It was initially assigned to his freestyle model. The graphic was also used for T-shirts and stickers.

Powell-Peralta re-issue decks are close reproductions of their 1980’s counterparts, featuring the original Pro graphics and shape, top graphic logo and concave. They are manufactured in our Ventura skateboard factory, which is still directed by a few of the same craftsmen that made them originally.

A quick internet search of Per Welinder will yield some great 1986 freestyle skateboard exhibition footage. 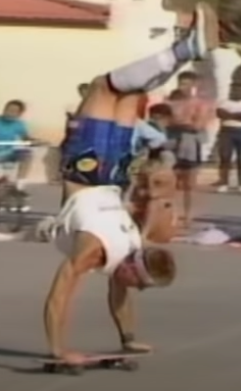